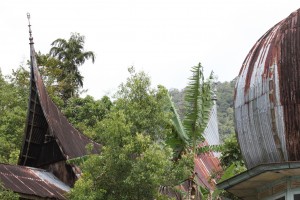 As one of the areas of origin, of these centuries old mysterious martial art of Southeast Asia is West Sumatra, a tropical country with a rugged coastline, high mountains, rainforests, lakes and rice fields. Grandmaster Pandeka Mihar Walk Pangeran is  Minangkabau (matrilineal population), who lives in Austria since 1989 and teaches the traditional forms and archaic movements of this region. The style developed by him “PMG = Sentak” is composed mainly of ancient traditional styles “Silek” (Minang Galuik / Bagaluik) of his community, but also modern elements.

PM G = Sentak was developed by the observation of nature West Sumatra / Indonesia, of animals and plants. The innate human reflexes are sharpened and used for snap-type, fast defensive and offensive techniques.

Here one learns among other shadow fights, duels, falling techniques and basic techniques, but also to respect the partner. There is a lot of value to the custom that is taken in the PM G = Sentak high. 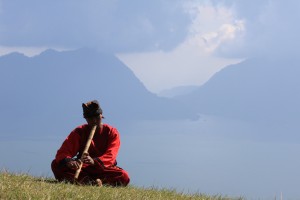 It is rare in Europe to find a real grandmaster who has not only mastered the movements and philosophy, but also he can mediate. As a result of this, training becomes into a real experience.

Four principles can be discerned in PM G=Sentak. Each of them describes one goal and emphasizes one aspect without discriminating the others.